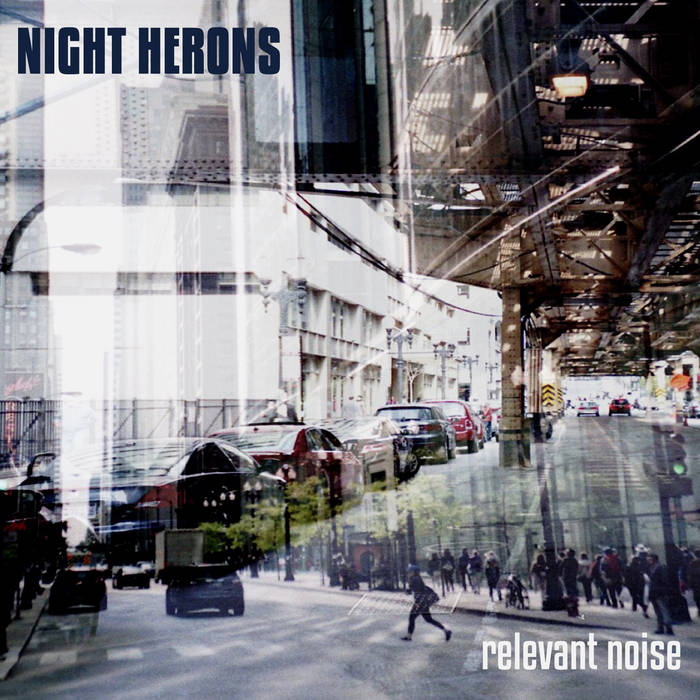 J.Smo Capturing everything that is great about uncut, uncensored, in your face garage rock, Night Herons deliver a sonic punch that comes with a healthy dose of sonic nuance, unexpected spices, and straight up rock and roll in it's most potent form. Relevant Noise is the perfect album to turn on, turn up, and just let play; it will lift your day. Favorite track: Let Me In.

jendan Dynamic rock 'n' roll band Night Herons delivers the garage rock-based goods on its latest album.
Traditional rock compositions chug along with determination while a world-weary Barry purposefully sings the trenchant lyrics.
This may be the band's 2nd album, but the sound is pure classic American rock.

dominicwilliams86 Relevant Noise is an album that has all of what the Dana Berry fan has come to expect from his productions. Lots of distorted, chiming guitar riffs and soaring vocals. The Night Herons do perfect as a cohesive unit and the whole album flows perfectly. The track Sunflowers reminds me of Paul Weller and the alternative rock scene. I love the vocals on it, especially the backing! All in all, a superb effort! Favorite track: Sunflowers.

RELEVANT NOISE is the second Night Herons' recording. We're happy that all of our influences congealed into an album that is diverse yet cohesive. The collaboration between the three of us became almost effortless as the songs grew from individual ideas or organically out of jamming together.

We recorded the tracks in our rehearsal studio in Oakland with a few condenser mics and some Shure 57 & 58's run through a Mackie board into an old interface. We enlisted friend and audio wizard Mark Gordon to mix the album. He took the flat tracks to another sonic level and got the sound we were looking for, somewhere between the Stooges, Stones and Matthew Goode. Thank you Mark!

We would also like to thank Dave Leonard, Mason Holding and Brad Assenzio for helping out on bass and Shea Breaux Wells for her vocals on Let Me In.

Although Larry has moved to Chicago, Night Herons just played a successful record release show and is planning on more shows and possible tours. RELEVANT NOISE stands as a testament to how much fun music can be when three friends get together and just let go.

Night Herons are an Oakland, CA alternative rock band. Comprised of singer and drummer Dana Berry and guitarist Mike Assenzio, the duo has just recorded their third album, Heavy Swell. Along with bassist Dave Leonard and guitarist Kedar Patel, the band is excited to perform these new songs. With original member Larry Huene, the band formed in 2013 and released two albums before Heavy Swell. ... more

Bandcamp Daily  your guide to the world of Bandcamp